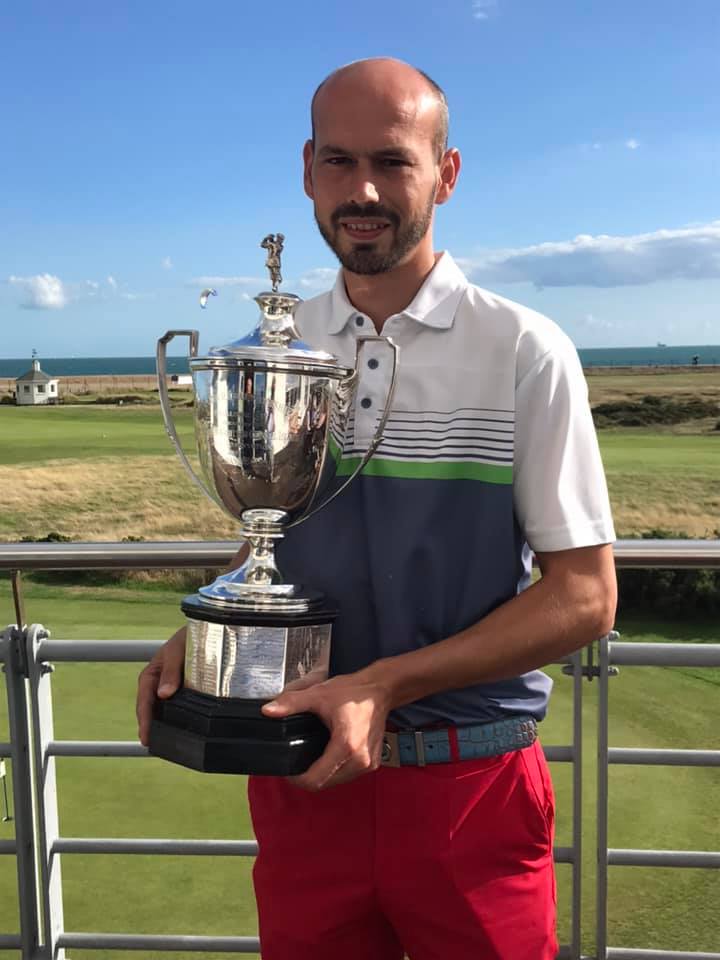 The final hole birdie meant that Harris defeated Toby Burden by the narrowest of margins after both players had dominated the two day Championship at their home Club.

Earlier in the day Harris had booked his place in the Final with a semi-final victory over Blackmoor's Mark Burgess while Burden had defeated Kevin Hickman by 2 and 1.

Burden shot a seven-under-par score of 135 for the 36 hole qualifier, one shot ahead of fellow Hayling member Richard Harris.

The Final will be played on Saturday afternoon.

Due to Covid-19 restrictions caddies and spectators are not allowed.

Both semi-finals and final will be played 'behind closed doors'.

The Championship was due to be played at North Hants Golf Club in June.