Details of the Junior County Championship to be held at Cams Hall Estates Golf Club on Tuesday 27th July. 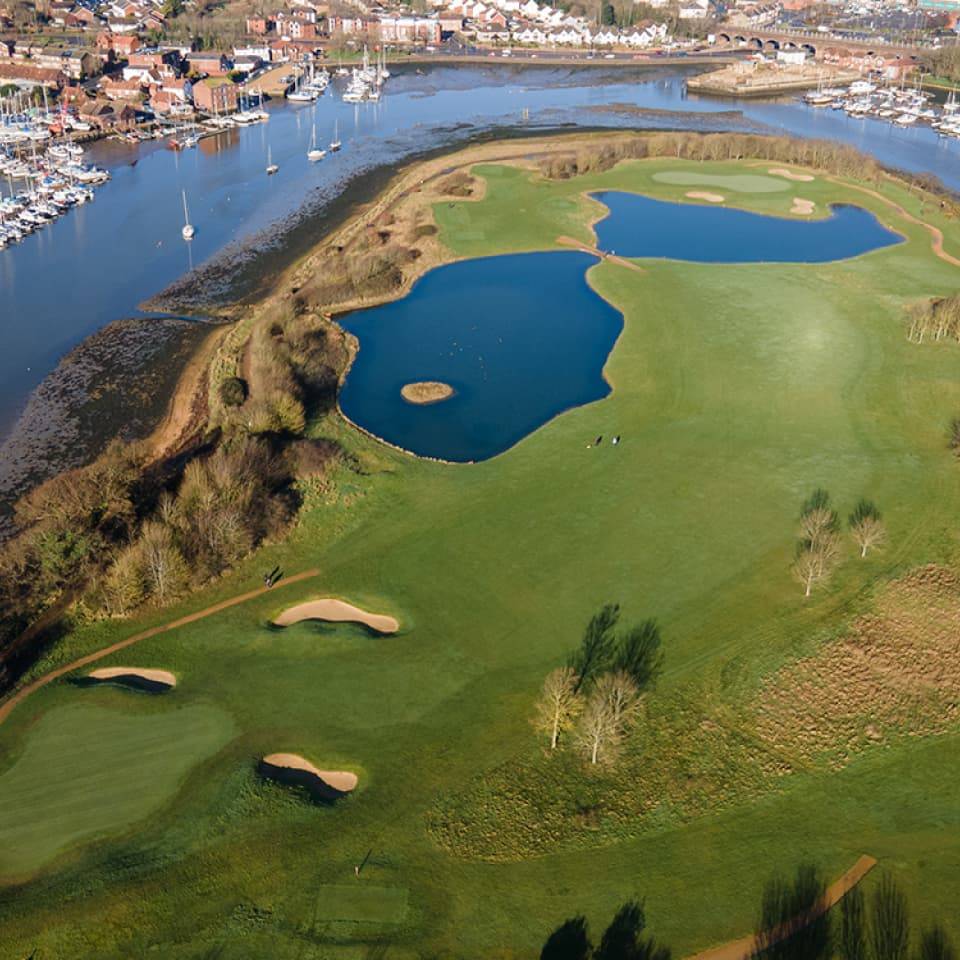 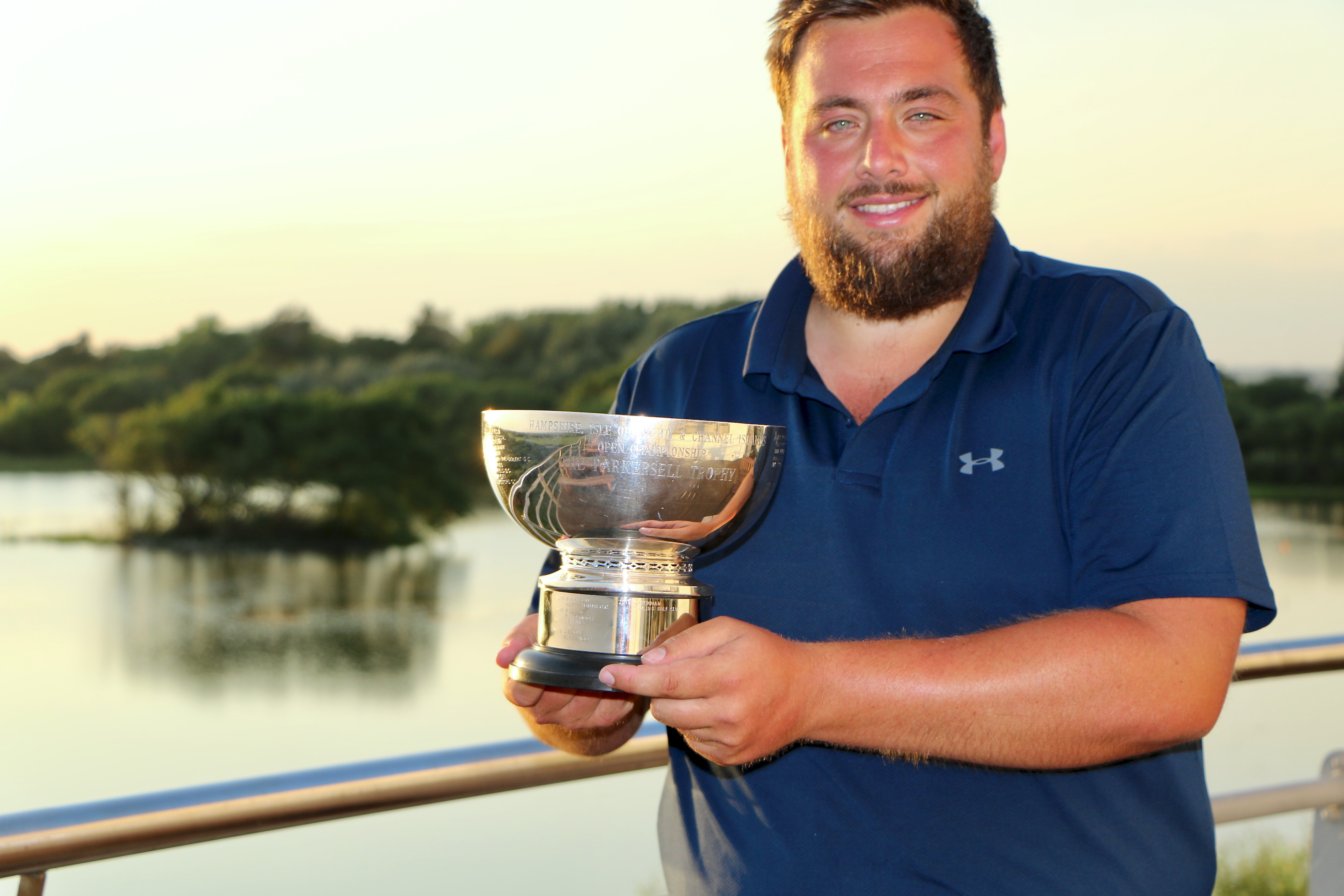 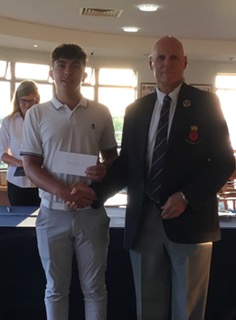 IT TOOK a former county first-team player in the shape of Ben Wall to deny the amateurs a third win in a row against the professionals at the Hampshire Open.

Wall, who played in the South East League Final against Essex in 2014, knows the links at Hayling well as a former junior member.

And the 32 year old, who turned pro in 2016, shot a superb 11-under to beat in-form former Walker Cup player Sam Hutsby and Lewis Scott, by four shots.

The amateurs had beaten the club pros to the main prize four times in the last five years.

But the best three Hampshire first-team players were all tied on four-under – seven adrift of Wall.

It took a count-back to separate the trio with another Hayling man Toby Burden taking the Hampshire Golf Salver as the leading amateur.

That win was considerable consolation for Burden, who was narrowly beaten in a magnificent end to the county championship at North Hants in June, when La Moye’s Jo Hacker produced a birdie on the 18th to land the Sloane-Stanley Challenge Trophy.

Toby said: “It’s great to finally win something here at Hayling. I have lost twice in the county championship final on my own course.

“So it does mean an awful lot to me to get a win here. I have to congratulate the head green keeper Greig Easton?

“I worked on the green keeping staff when I reached the final in 2006 and there was a time afterwards when the course was really struggling.

“But since Greig came here, his team have done a magnificent job. I cannot fault anything about the place.

“Every tee is in great condition, there is not thatch anywhere – OK, the fairways have benefited from the lock-downs as they have not been played on as much.

“But the changes they have made to the third and seventh – the par five – are superb. They have really toughened those holes up.

“And the greens today were in fantastic condition. The players could not ask for more.”

Burden was Hampshire’s leading player at the six-man South East Qualifier two weeks ago, but his six-under total was blown away by former England Amateur Champion Conor Gough, whose second round 61 fired B.B.&O. to the English County Finals almost single-handedly.

Toby added: “The Eaton course was not too difficult to be honest, so although my score looked good on paper, it needed to be a lot better.

“Today, I played nicely in the afternoon, but the double bogey at the 15th  and the bogey at 17th in the first round were costly.”

Burden, who won the English Champion of Champions after his first Sloane Stanley win in 2019, produced a brilliant burst of four birdies in a row from the 12th in the afternoon.

He posted four-under as the early clubhouse leader but needed considerable help from Wall to stand any chance of joining Billy Watson (2015), Ben Lobacz (2016) Colin Roope (2018) and Kev Hickman (2019) as amateur winners.

Wall had swiftly moved into a three-shot lead at lunch with a first round 65.

But it could have been even better having got to eight-under with two to play after a birdie at the tricky par-three 16th.

Back-to-back bogeys gave Lee-on-the-Solent’s Hutsby, who is now attached as a teaching pro at the club where he began as a junior, some encouragement.

Wall’s playing partner won the Spanish Amateur as an 18-year-old, and reached No. 6 in the World Amateur Rankings when he faced Rickie Fowler in the 2009 Walker Cup.

And the 2009 Amateur Championship finalist tried to put the pressure on Wall after lunch despite the latter’s blistering start of biride, eagle, birdie,

That left Wall leading on 10-under, but with a four-shot deficit standing on the first tee, Sam was six behind after those first three holes.

Hutsby picked up birdies at the fifth and eighth while Wall added another at the seventh to lead by six.

Sam, a former England junior and men’s international, who also played in the Eisenhower Trophy at the World Amateur Team Championship in 2008, made an eagle after driving the 10th, with Wall having to settle for birdie.

Hutsby and Wall have both won the Solent Salver for the best aggregate in the Stoneham Trophy and Mike Smith Memorial.

But in the race to claim the Hampshire Open for the first time, Wall wobbled with dropped shots at the 12th and 15th.

A birdie by Hutsby at the latter, meant Wall’s lead was down to just two.

But Hutsby, who won the Be Wiser Insurance PGA in Hants Strokeplay title last month with two 63s at Whiteley’s Skylark G&CC, finished with three pars.

And a second birdie two at the 16th from Wall was good enough to seal the title.

Another former Lee junior – Lewis Scott – matched Hutsby’s eight-under total after superb second round 63 that included six birdies on the front nine, and five in a row from the sixth.

But having carded an opening 71, Scott, who has already won four times on the Hampshire PGA circuit since turning pro back nearly a year ago, finished with six pars in a row after picking up his last birdie at the 12th.

It left Wall clutching the first prize cheque for £463.50 while Hutsby and Scott earned £295 each.

Stoneham’s Hampshire Strokeplay Champion Ryan Moody, who made six birdies and three bogeys on his way to a first round 68, and Bramshaw’s Joe Buenfield, who made three birdies in a row to the turn in round two, adding a 68 to his opening 70.

Buenfeld, the former European Junior Open winner, is heading back to Texas’ University of the Incarnate Word next month for his second season of his four-year golf scholarship, having made his six-man and league debut in the past month.

Under 18s off to a winning start 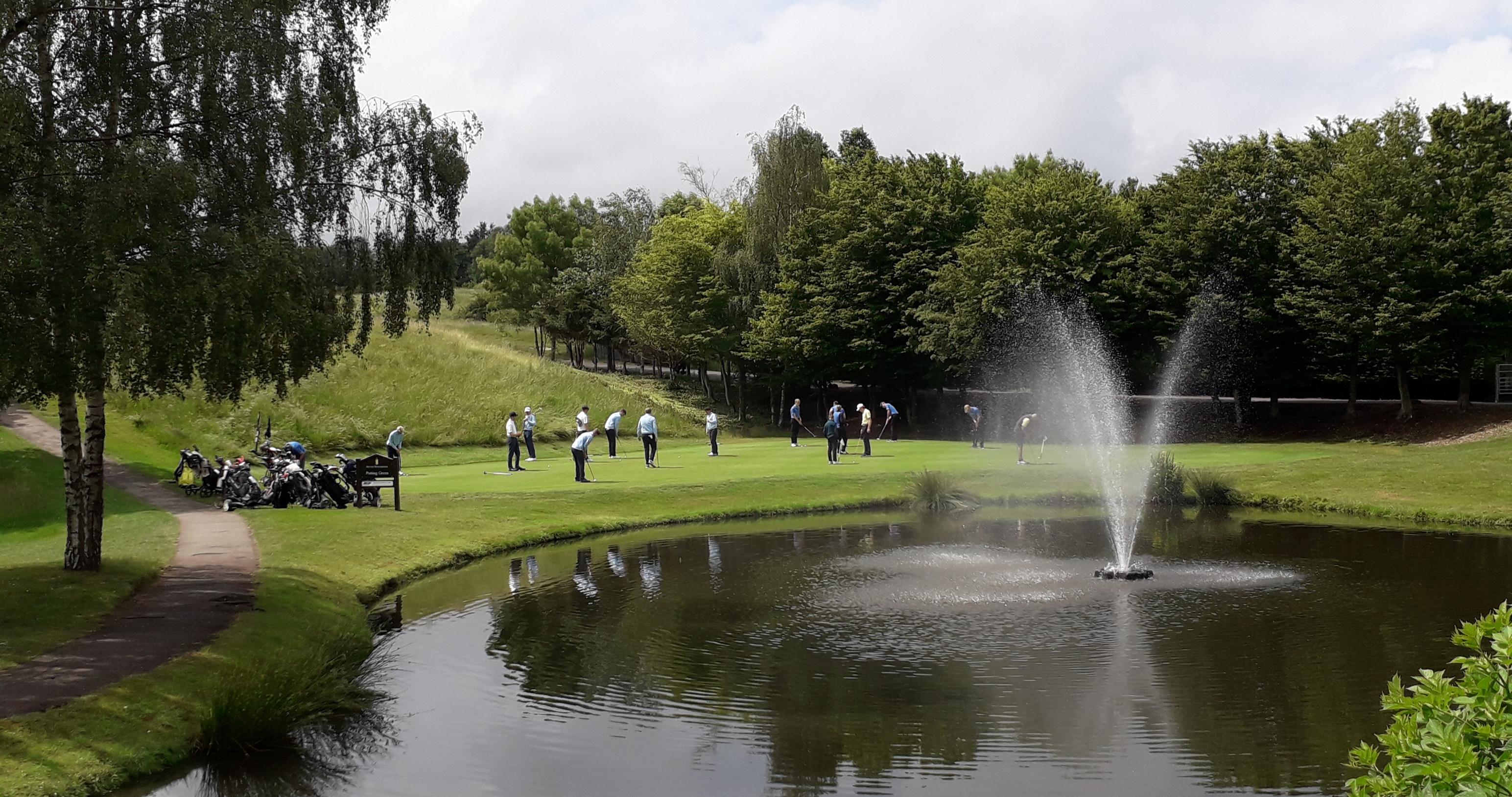 Hampshire's Under 18 side got their South-East League campaign off to a winning start at South Winchester Golf Club on Sunday (20th June).

Hampshire defeated Sussex and Kent in damp and overcast conditions.

In the words of Wayne Matthews (Junior Manager) 'There were some very close matches and it was a superb team effort'.

The next League match is at Goodwood Golf Club on Sunday 27th June.